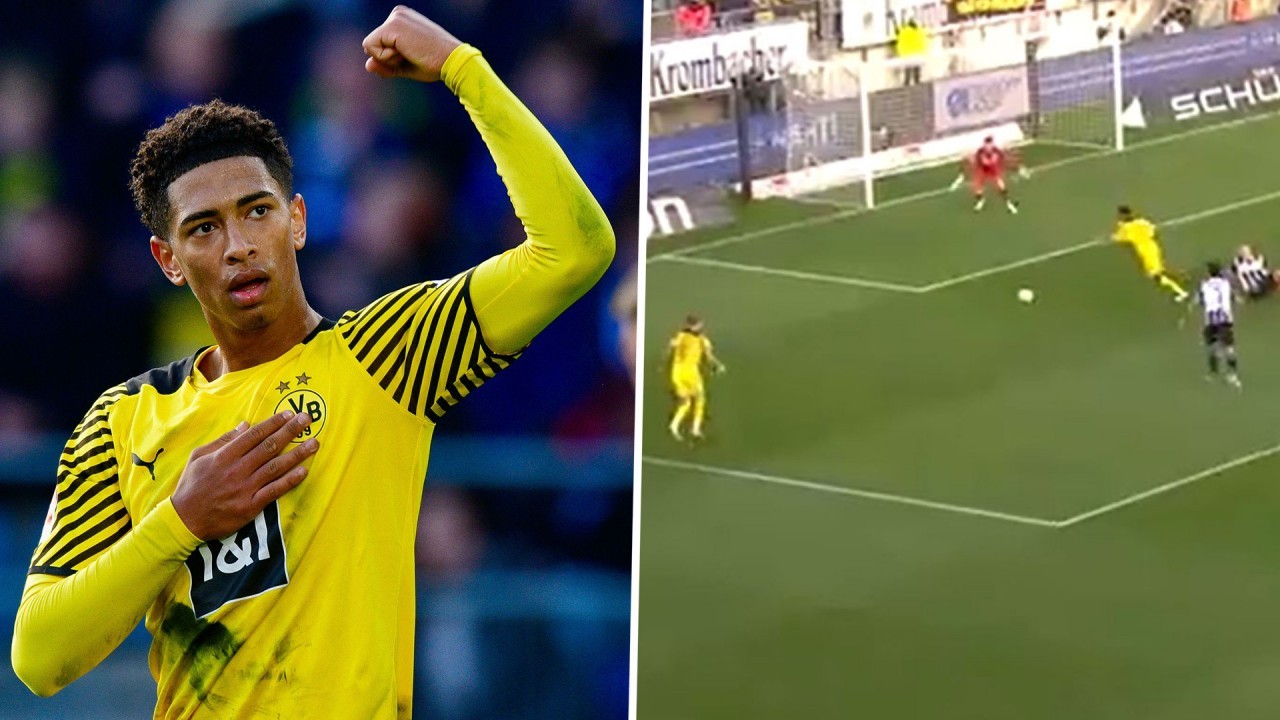 Jude Bellingham took a leaf out of the Lionel Messi playbook on Saturday to score a magical individual effort for Borussia Dortmund against Arminia Bielefeld.

Bellingham, who finished fifth in Goal's 2021 NXGN list of the top wonderkids in the world, continues to impress for the Bundesliga side and is now an undisputed member of Marco Rose's first-choice XI.

And his marvellous strike was the icing on the cake on Saturday as Dortmund downed Bielefeld 3-1 away from home to remain within a single point of league leaders Bayern Munich.

Already a first-team regular at boyhood club Birmingham City, Bellingham's talents prompted Dortmund to part with a reported £25 million for his services in the summer of 2020, making him the most expensive 17-year-old in football history.

He made 29 appearances in his debut season in the Bundesliga, proving a key addition even as the Rhinelanders struggled through the campaign before they secured third place behind Bayern and RB Leipzig.

Bellingham also made the breakthrough at international level and was a member of Gareth Southgate's Euro 2020 squad, making three appearances in the competition as the Three Lions finished as runners up.

In 2021-22 the teenager is one of just three BVB players to have been ever-present in the starting line-up, alongside Swiss duo Gregor Kobel and Manuel Akanji.

He also boasts three goals in his 14 outings to date, including Saturday's memorable effort.