Man Utd defender Phil Jones hits back at online hate: 'I’m enjoying my life... the keyboard warriors will still be in their boxers' 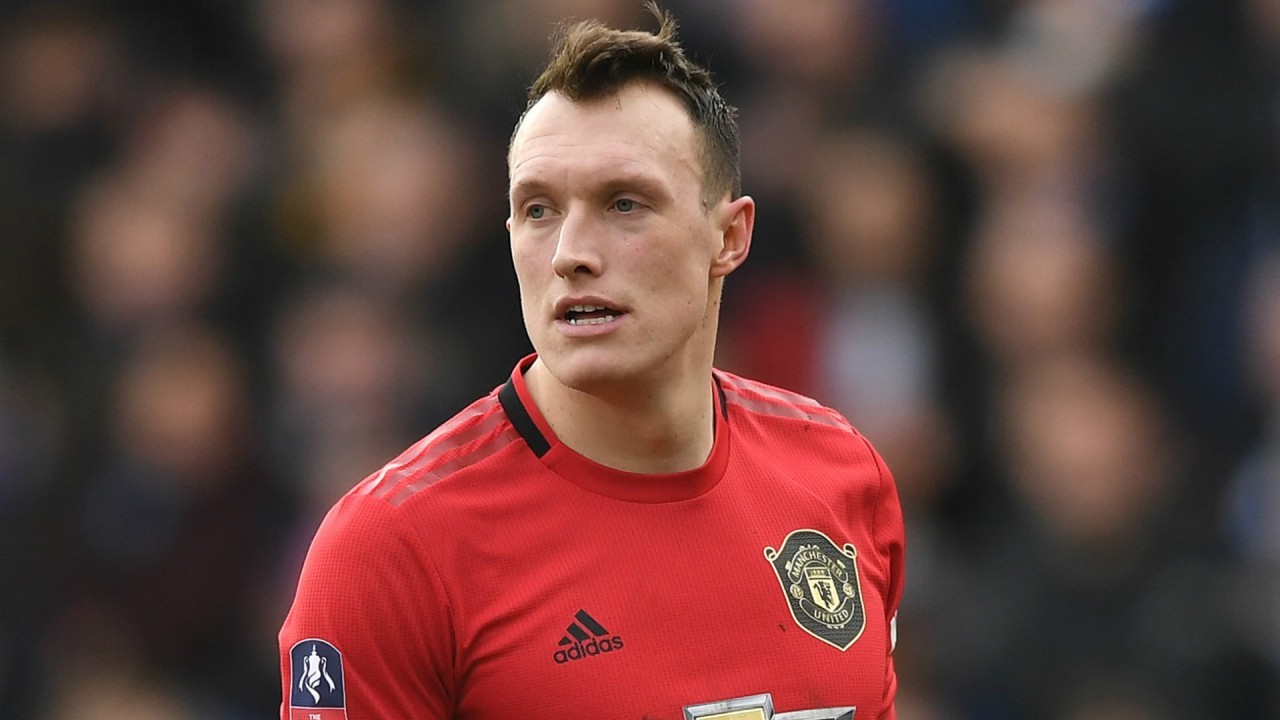 Manchester United defender Phil Jones has hit back at the hateful messages he has received online, declaring he is "enjoying life" while the "keyboard warriors will still be sitting in their boxers".

Jones has spent the last ten years on United's books having initially been signed from Blackburn in 2011, and has made more than 200 appearances across all competitions for the club.

The 29-year-old has also won five trophies at OId Trafford including the Premier League, but hasn't played for the Red Devils since January 2020 due to a serious knee injury.

Jones has been subjected to online abuse throughout his lengthy spell on the sidelines but insists he is still in a strong place mentally despite the best efforts of cowardly figures.

“I must be an easy target," the England international has told The Times. "Every footballer has a tag and unfortunately, mine is, ‘Let’s have a laugh at him.’

“When my career finishes and I’m enjoying my life - and by the way I’m fortunate that I’ll be able to do that - the keyboard warriors will still be in their mum’s spare bedroom, sipping Pepsi that’s flat, eating a Pot Noodle, sitting in their boxers, tweeting.”

Jones added on the impact internet trolls can have on footballers in the modern era: "In this society we’re living in at the minute, all the racism and stuff that affects mental health - I’d just say be careful. You don’t know how it’s going to affect players: physically, mentally, emotionally.

“We always go back to the same point: ‘Oh they’re footballers, they should be able to deal with it, they get so much money, have this lavish lifestyle.’ Take all that away, strip all that back and we’re just human beings.

“Listen, my problems are not bigger than the problems someone has to deal with in an office, I know that, but they are problems. Footballers have problems like anybody else, and maybe me talking can help players.”

Jones hits back at Ferdinand

Jones went on to hit back at the criticism he recently received from ex-team-mate Rio Ferdinand, who has claimed that United were wrong to keep hold of a man currently "taking up a youth player's position" in the squad during the summer transfer window.

“Listen, the respect I’ve got is enormous," he said. "I’ve shared a dressing room with Rio - great professional. Loved playing with him. Great lad, good humour. Learnt so much from him.

When will Jones be back?

Jones has returned to full training with Ole Gunnar Solskjaer's squad, and could be in line for a return to action when the Red Devils take on West Ham in the third round of the League Cup on Wednesday.

The centre-back has told the club's official podcast of his current condition: "Thankfully, I see the light at the end of the tunnel now, and I’ve been back training, played a few behind-closed-doors games and I’m feeling really good at the minute."