'If Barcelona need me, they just have to call' - Dani Alves open to return to Camp Nou 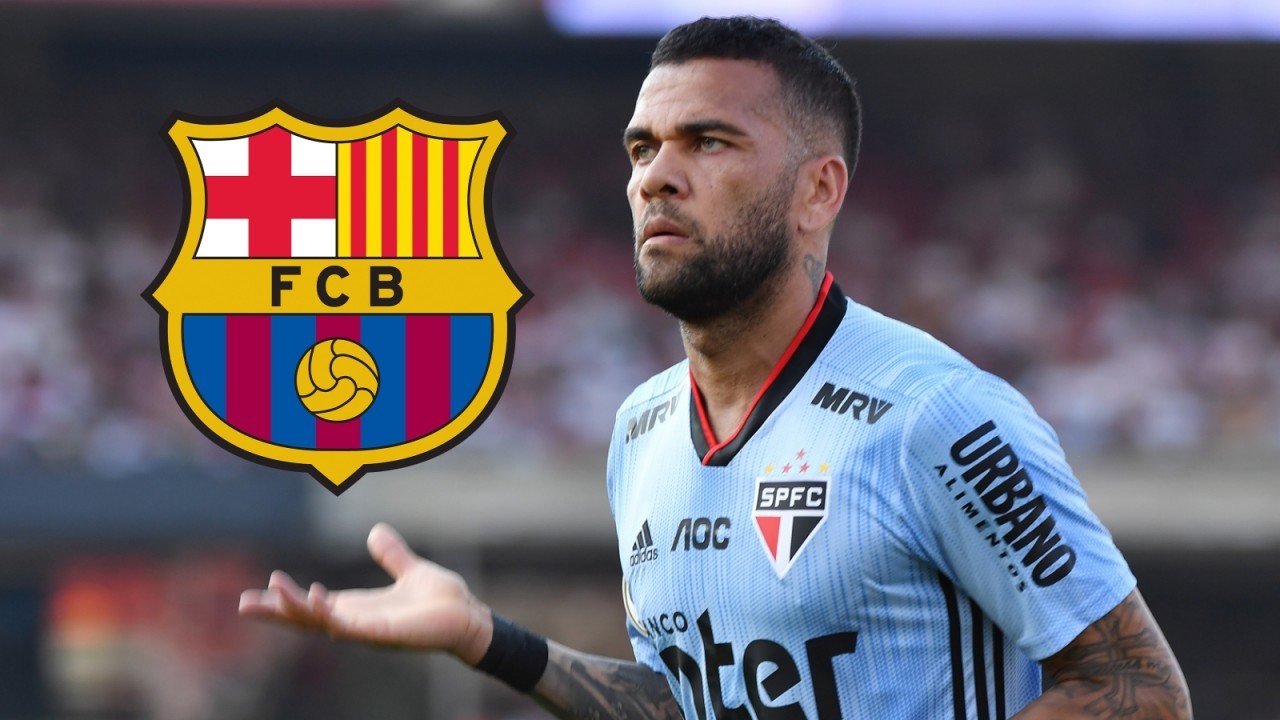 The Brazil international, who spent eight successful seasons at Camp Nou, left Sao Paulo last month and would not oppose a comeback at his old home

Dani Alves says that he would return to Barcelona in a heartbeat, telling the club that he would be ready to answer the call once more if they came knocking for his services.

The Brazil international, who spent eight successful seasons at Camp Nou, is currently without a club after terminating his contract with Sao Paulo last month over a rights dispute.

Barca are currently mid-table in La Liga following a slow start to the campaign - but Alves believes he can help shape their young squad were he to make a remarkable comeback.

"It would sound very opportunistic to say that Barca need me now," the veteran defender, who left in 2016, told Sport . "I always said that I left because I saw things were not the way I thought they should be.

"You never want to see everything that [has] ended up happening since I left. I've said that when Barca need me and want me, I would be at their disposal regardless of where I am. The affection, love and respect I have for this club is too much.

"If Barca think they need me, they just have to call me. I still think I can contribute anywhere, but more at Barca because of the number of young players that they have now."

The 38-year-old's abrupt end to life at Sao Paulo, following spells with Juventus and Paris Saint-Germain, came mere weeks after the right-back added another honour to his name with Olympic gold at Tokyo 2020.

Yet he has no plans for retirement and intends to continue at the top level, adding: "I always look for a club that allows me to compete with the greats, fight for titles and be decisive wherever I am.

"I do not consider another scenario that is not this. It was for this reason that I chose Sevilla, Barcelona, ​​and all the places where I went. I want to bring a winning, fighting and conscious mentality wherever I go."

Regardless of Alves' future, Barca can look to rescue their season when they face Valencia upon their return from the international break this weekend.

Koeman's side - who lost Lionel Messi during the off-season amid financial struggles - have failed to click this term and look like they could be out of the title race in La Liga already.

Any failure to qualify for Europe would spell disaster at Camp Nou, highlighting the magnitude of the task at hand.