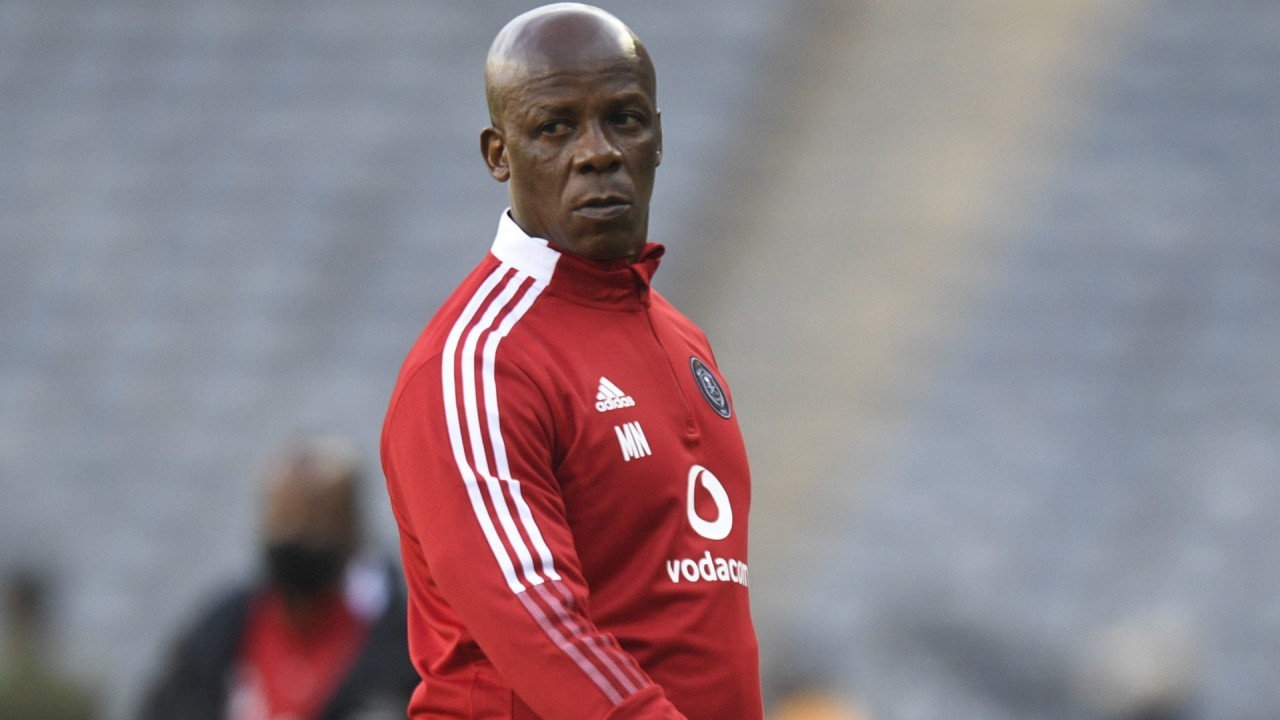 Orlando Pirates co-interim coach Mandla Ncikazi is optimistic that they can defeat Diables Noirs following their clash on Friday.

The Buccaneers were held to a 0-0 draw by the Congo-Brazzaville side in the Caf Confederation Cup second round first-leg match which was played at Stade Alphonse Massamba-Débat in Brazzaville.

Mandla, who took charge of his Caf match alongside fellow co-interim Fadlu Davids, pointed out that they need to appreciate the draw due to the adverse conditions in the west-central African country.

"Based on the conditions that we have faced in Congo-Brazaville, let's take the draw and take the performance of the players, the conditions of the artificial turf ad how the opponents treated us," Ncikazi told the club's media department.

"But the personality and character of the players, one needs to appreciate [them], let's take the draw. We are not done yet.

"Remember that if they score at home [then] there is a problem, but I think we have the capacity to beat this opponent, especially when we play at home."

The draw extended the Buccaneers' winless run to three matches across all competitions having recorded two successive draws after losing to Mamelodi Sundowns in a PSL clash on September 25.

The 52-year-old mentor explained that they now know what to expect from Diables and he revealed how they plan to outsmart the seven-time Congo-Brazzaville champions in the second-leg clash at Orlando Stadium on October 24.

"I am happy with the performance today and the application of the players," the former Maritzburg United coach added.

"They [Diables] are just a direct team, they were playing to get behind our defence. They were looking to play crosses, they have dribblers on the sides, who want to put the crosses.

"Let's stop the crosses [and] let's deal with their threat inside the penalty area, but again when we have the ball, Pirates must play. And if we do that and become comfortable on the ball, I think we will get the result."

Pirates are set to take on Maritzburg United in a PSL encounter at Harry Gwala Stadium next week Wednesday, before they host Diables in Soweto.