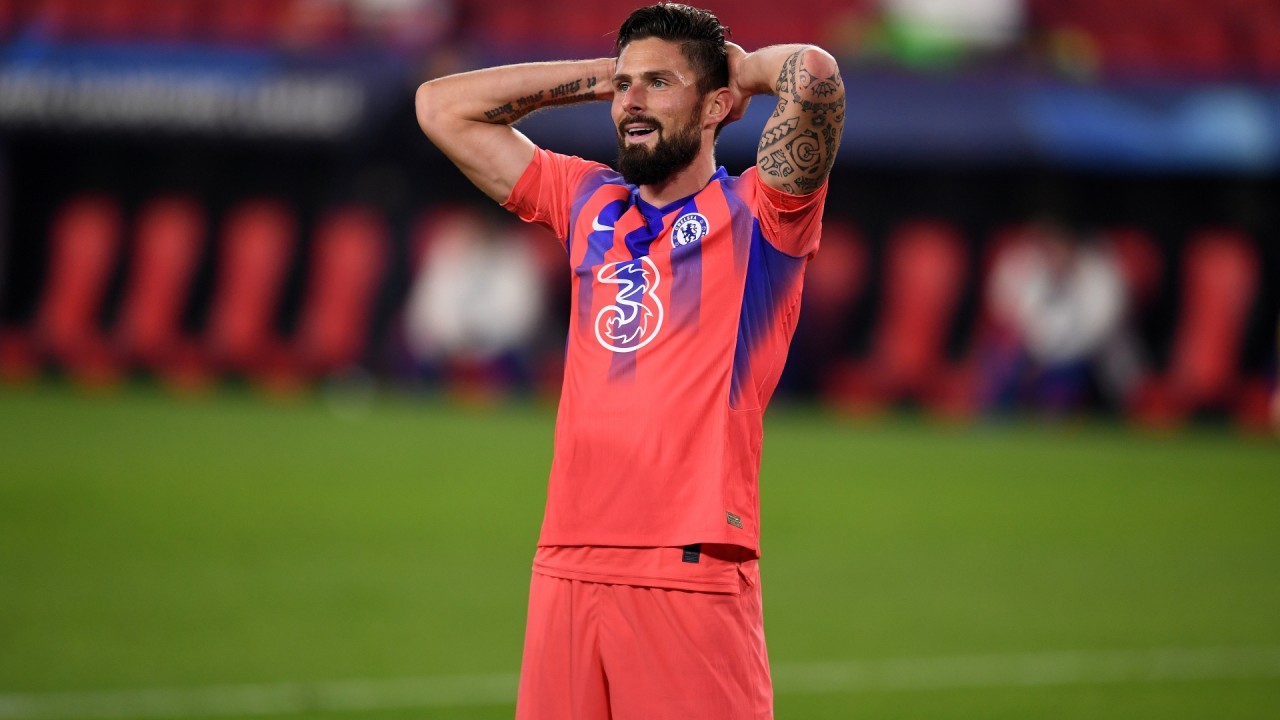 Chelsea head coach Frank Lampard has said "we'll have to see" if four-goal hero Olivier Giroud will start for the Blues on Saturday against Leeds United.

Giroud turned in an incredible performance on Wednesday at Sevilla, scoring all four goals as Chelsea defeated the La Liga side 4-0.

The 34-year-old set a host of records on the night, including becoming the oldest player to score a Champions League hat-trick.

Speaking to BT Sport after the match, Lampard marvelled at the performance of his veteran striker.

"Four goals at this level and the quality of the goals, individual aspects from Olivier, team aspects in the first half, from back to front the team were great," Lampard said.

"[It was an] amazing solo performance from Olivier. [I'm] delighted with him, delighted with the team. This is a difficult place to come. There were moments in the first half where it was tough and we dealt with it.

"Olivier is reliable, full stop. Not just for us but his international goals for France, he's up there with great French individuals, he's got great statistics.

"I'm not too bothered about that in a way but I am bothered about what he gives us on the pitch. There couldn't be a team-mate there that the players are happier for because of the way Olivier is around the training pitch and in the games."

Despite his four-goal outburst, Giroud has found playing time hard to come by at Stamford Bridge this season. The France international has regularly found himself behind Tammy Abraham and Timo Werner in the Blues pecking order.

Giroud has made just five Premier League appearances this season, all of which have come off the bench.

Asked if he would hand Giroud his first league start of the season against Leeds, Lampard replied: "We'll have to see – it's a tight turnaround but it's four goals in a game. It's not just his performance but when you play him and utilise his strengths and his speed, there's a real balance in the rest of the team."

Chelsea go into Saturday's match in third place in the Premier League, two points behind Tottenham and Liverpool.

Original link
Original author: Goal
Tweet
Solskjaer shows, again, he lacks the judgment to e...
'He is in a swimming pool!' - Favre fumes over con...