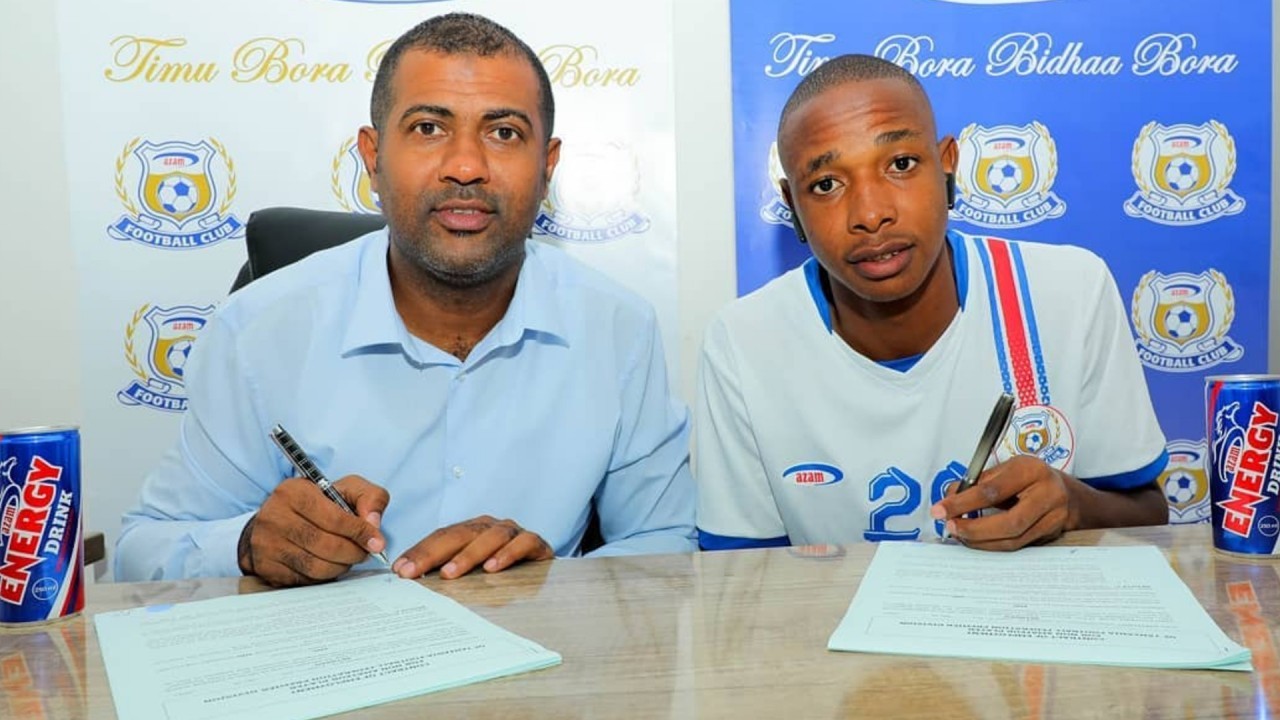 Azam FC have once again moved ahead of Simba SC to make a big signing in the Mainland Premier League.

The ‘Ice Cream Makers’ have announced the signing of defender Edward Manyama from Ruvu Shooting just a day after Simba opened talks to sign the left-footed player.

On Wednesday, reports suggested that Simba had already tied down the defender, who also turns out for the Tanzania national team, to a three-year deal and he will now have to fight for a starting role with vice-captain Hussein Mohamed and Gadiel Michael.

However, on Thursday, Azam made the big announcement confirming Manyama has penned a three-year contract and will play for the team in the new 2021-22 season.

“Done Deal, Azam FC screamed on their social media pages with the picture of Manyama playing for Taifa Stars," a statement confirmed.

“Left-back for national team Edward Manyama has signed a contract of three years to play for Azam starting from the 2021-22 through to the 2023-24 season.

“This is after Azam reached a transfer deal with his club Ruvu Shooting, welcome home where you belong defender Manyama.”

The signing of Manyama comes just 11 days after the ‘Ice Cream Makers left rivals Simba and Yanga SC shocked after managing to extend the contract of striker Prince Dube.

The two mainland giants were keen to sign the Zimbabwean striker, who in one season after signing for the ‘Ice-cream Makers’ has managed to score 14 goals in the league.

With rumours spreading on social media that he had started negotiations with Simba, Azam have moved with speed to extend his contract for another two years.

Azam media officer Jaffar Maganga has told Goal they are delighted to sign the player and insisted their plan is to make sure the team stays strong heading into the new season.

“Here at Azam, we don’t just sign players because we want to sign but we always go for the best in the market and we are happy to get the services of Edward [Manyama],” Maganga told Goal.

“We don’t know if our rivals Simba were after the player, because what we did we followed the procedure of transfers in the country and went straight to his club Ruvu Shooting, talked to them and despite the player still contracted to them, they accepted our offer and now he is our player, we don’t know about the rest.”

Manyama, who has managed only one cap for the Taifa Stars, has also featured for several teams in the mainland league including JKT Ruvu Stars, Namungo FC and Yanga.

Though he will not play for them this campaign, his arrival is good news for Azam who are currently outsiders to win the league and domestic cup titles.

On the league front, they are third on the 18-team table with 60 points from 30 matches, four fewer than leaders Simba, while they are also in the semi-finals of the domestic cup where they are scheduled to face the same side on June 27.