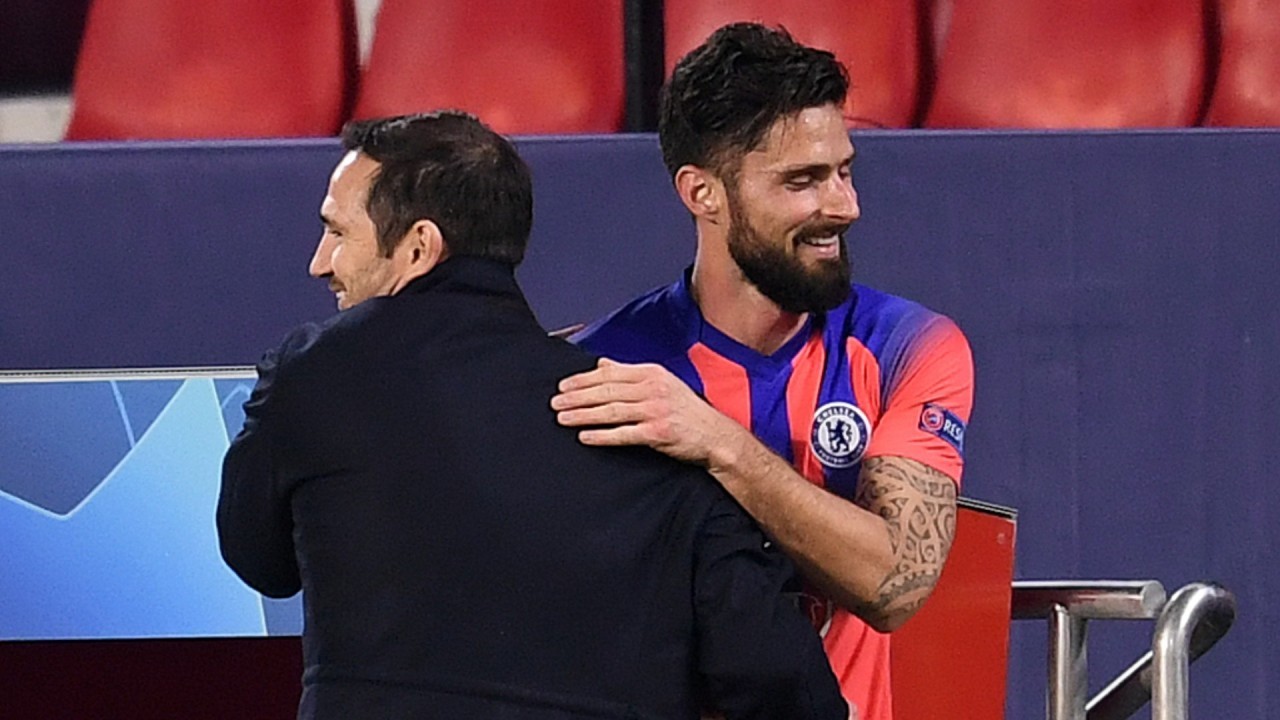 The Blues forward had a record-breaking performance on Wednesday, sending Frank Lampard a message in the process

Olivier Giroud said he wanted to simply "enjoy the night" rather than worry about his role at Chelsea after making a spectacular statement in Wednesday's Champions League win over Sevilla.

The French star scored four goals in Chelsea's 4-0 triumph over Sevilla, becoming the oldest player to score a Champions League hat-trick on a record-breaking night.

Giroud's manager Frank Lampard was the last Chelsea player to score four goals in a single game, having achieved that feat back in March 2010 against Aston Villa.

Giroud's performance will have given Lampard some decisions to make, with the French star making his case for a more regular role under the former midfielder.

Giroud has often been left behind the likes of Tammy Abraham and Timo Werner this season, having featured in just five Premier League matches.

But, fresh off his four-goal effort, Giroud says he isn't concerned with his place in the team, at least not for the time being.

"Let me enjoy the night and that great win," he told BT Sport, "and after that we will rest and we will see what the gaffer's plan is."

He added: "When you win 4-0 in a Champions League away game it's always a great feeling and a good performance from the team. We took the game from the front foot and we were efficient up front, especially for me because I scored four goals.

"I didn't know until two years ago that you called it a perfect hat-trick, when I scored against Kiev in Europa League I said, 'What do you mean?' It was good, I had good assists though.

"I will try to carry on like that to finish the good job of the team and it's always nice to be in the club history and we play football to mark our history, so I'm pleased to help the team to win and to score the four goals."

Chelsea are set to host Leeds this weekend, marking the first occasion fans will be welcomed to Stamford Bridge this season.

And Giroud says he is excited to see supporters return to stadiums, which he believes will be a boost for the players on the field.

"It's been a long time, we miss our fans, football is not the same sport," he said. "The passion is not the same without the fans so obviously we are looking forward to Saturday and we hope for a nice welcome."