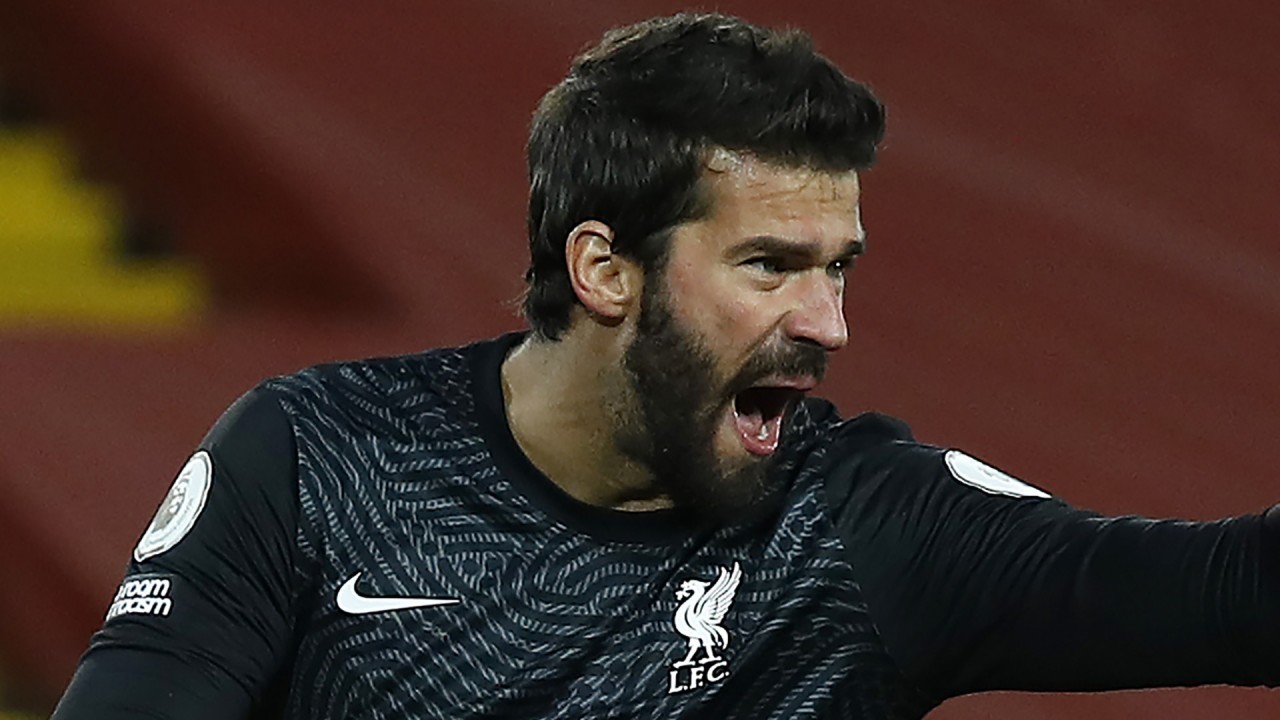 Liverpool goalkeeper Alisson says there was no need for Everton counterpart Jordan Pickford to make the tackle on Virgil van Dijk that resulted in the defender's serious knee injury.

Van Dijk will be out for several months after sustaining ligament damage when Pickford challenged him in the Everton box just 11 minutes into the Merseyside derby this month.

Pickford escaped a red card for the tackle and the England international has faced heavy criticism since, with the likes of Reds boss Jurgen Klopp, midfielder Georginio Wijnaldum and Southampton manager Ralph Hasenhuttl among those who have voiced their shock at the clash.

Brazilian shot stopper Alisson says it was unnecessary for Pickford to charge in the way he did.

"Thinking what I have in my mind when I go for a situation - I go to finish the situation, if I go too soft, I know the opponent can score - but everyone has their own way to go for the ball. I don't agree with that way [Pickford on Van Dijk], everybody can see that. It was just an unnecessary moment and movement."

Klopp called on Fabinho to take Van Dijk's place in the centre of defence, but the Brazil international picked up an injury of his own in the first half of Tuesday's Champions League win against Midtjylland and could be out for several weeks.

The Liverpool manager has backed Rhys Williams, Nathaniel Phillips and Billy Koumetio to fill in at the heart of the back line and Alisson is confident his side can cope with the injury crisis.

"We have everything we need to keep doing our job, playing our football, playing the way we play," he added. "We don't need to make changes. Obviously you will miss some things - [like] Virgil's headers!

"He doesn't just help us in the defensive phase but attacking and scoring goals as well, but this will prove the strength of our team. We are a really strong side with many players who can play."