Griezmann 'happy' despite not starting in Kiev, says Koeman 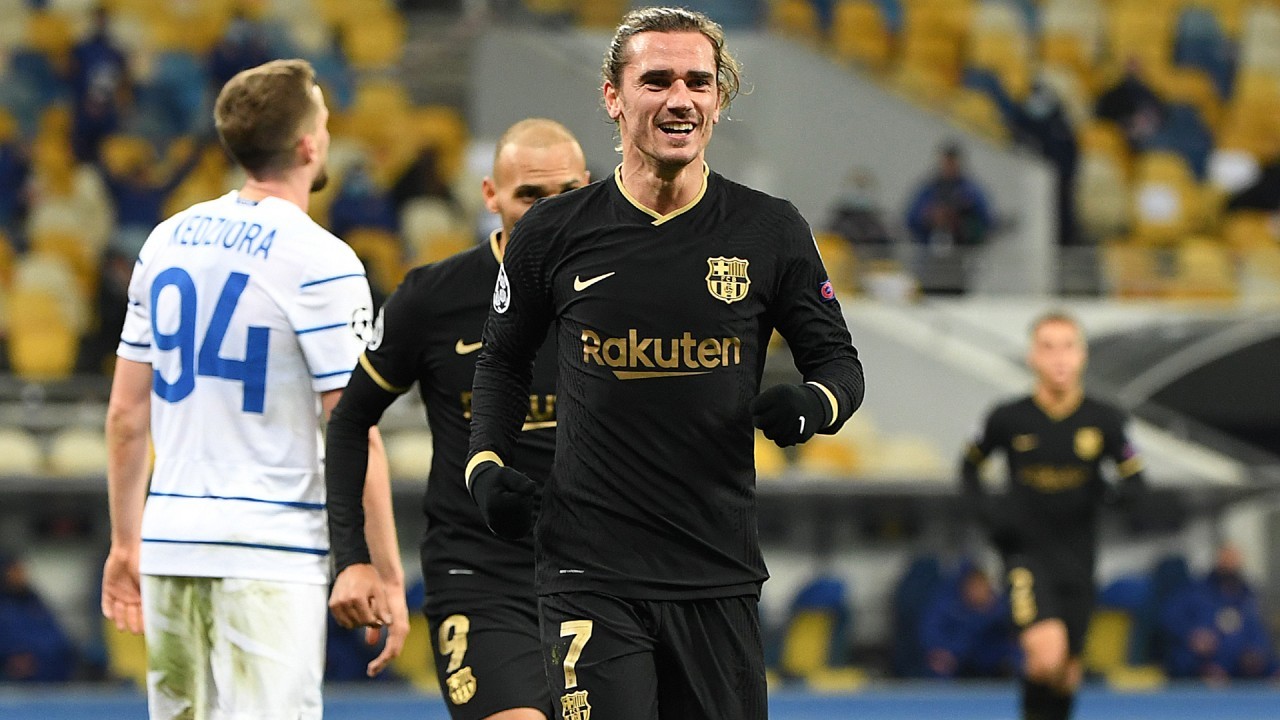 There was no ulterior motive behind the Frenchman's presence on the bench on Tuesday, according to his coach

Ronald Koeman claimed there was nothing sinister behind his decision not to start Antoine Griezmann in Barcelona's 4-0 win over Dynamo Kyiv in the Champions League on Tuesday.

The France international was named among the substitutes and replaced Philippe Coutinho in the 66th minute of the contest, going on to score a goal in injury time.

Griezmann's relationship with Barcelona star Lionel Messi, who was rested for the trip to Ukraine, has been under scrutiny recently, after comments by his former agent and his uncle.

However, Koeman said Griezmann was "happy" at Camp Nou and he was just being cautious with the 29-year-old's workload.

"Griezmann was on the bench solely for a little physical problem we wanted to be careful with," Koeman told a news conference after the game.

"It's vital to give rest to some and playing time to those who work hard in training every day but haven't played a lot.

"I have seen him [Griezmann] work from the beginning. He is a happy player, who always gives his best for the team and the club.

"Too bad he has no luck scoring more goals. The only way to change this is to work harder. He is trying."

Koeman claimed Barca's victory over Dynamo, which secured their place in the Champions League last 16, was the type of performance he wants to see repeated in LaLiga.

The Blaugrana are languishing in 13th place in the table after three wins, three defeats and two draws from their opening eight matches.

It is their worst start to a season at this stage in LaLiga since the 1991-92 campaign.

"This is the image of Barcelona we want to see," added the Barca head coach. "I liked the collective performance. They have worked hard, they pushed.

"They dominated the game sufficiently to be proud of their performance. We perhaps lacked a bit of effectiveness in the first half but overall I'm very happy.

"We have seen a very hungry team. We scored four goals, important players were able to rest and the youngsters have deserved these minutes. They have delivered. I highlight the whole team."