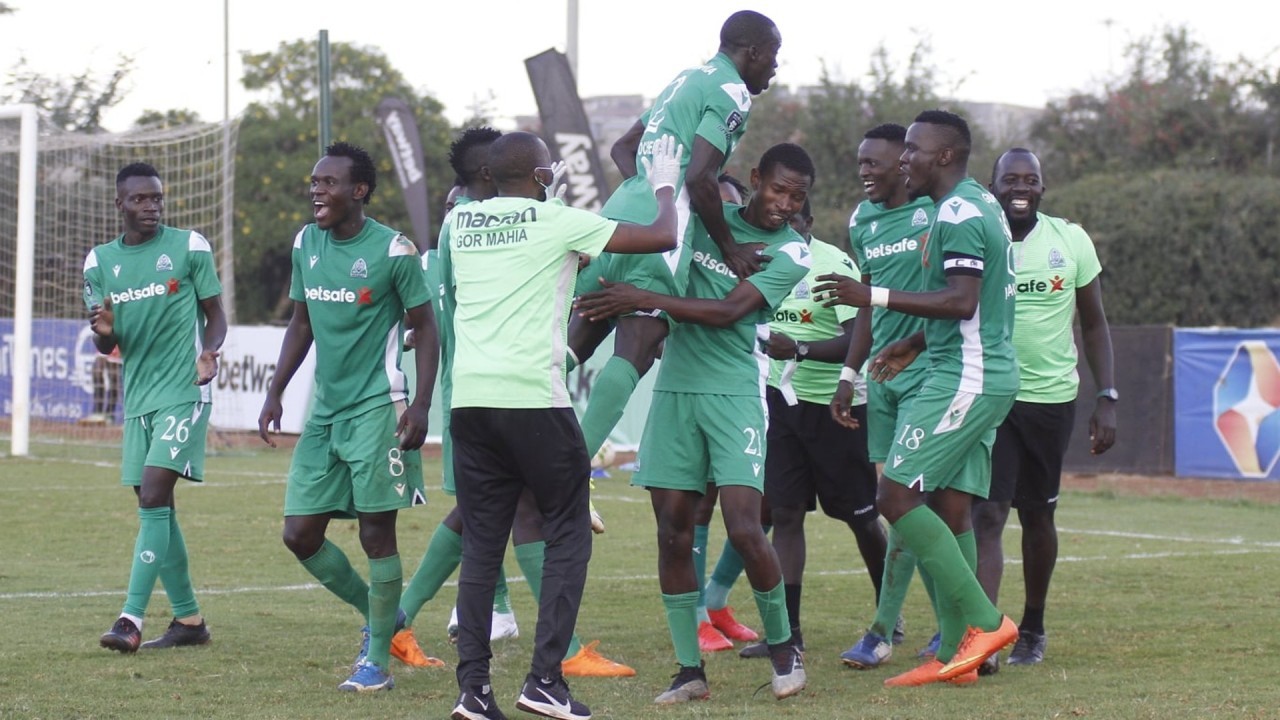 Gor Mahia coach Carlos Manuel Vaz Pinto has admitted fatigue has started to crop into his squad despite a 2-0 win against Kariobangi Sharks in the quarter-final of the FKF Shield Cup on Thursday.

K’Ogalo reached their first semi-final in eight years after goals in either half courtesy of Karim Nikiema and Sydney Ochieng enabled them to get past the former champions at Utalii grounds.

The Portuguese tactician, who is eyeing his first title since joining the reigning champions at the start of the current campaign, has told Goal he is very happy with the performance of his "fatigued" players despite playing nine matches in the last 24 days.

“It was a tough game, of course, difficult game, two good teams with very good players and the game was good but I am very proud about my players because they again put a lot of commitment in the game despite the fatigue and now we have won nine games in a row, I am happy about this,” Vaz Pinto told Goal.

“Of course we are happy to reach the semis, and of course when we get a good result I am happy but in the last 24 days we have played nine games, we have travelled to Mombasa, to Wundanyi and the number of players in the squad is not big but I am happy with result and performance of the team.”

On his squad selection for the Sharks game, Vaz Pinto said: “It is difficult because for me I always go for the best squad, I don’t pick a bad squad and now we have to focus for the next game, it is the most important thing.”

Playing against Bidco United in semis

On facing Bidco United in the last four and whether he is worried about the fixture, Vaz Pinto said: “No, we are not worried, tomorrow [Friday] we study Bidco United we play against them not far, we know they are a good team and have a good coach, we respect Bidco but we must prepare well to reach the final.”

On whether he can promise Gor Mahia fans the trophy, the Portuguese tactician said: “What I can promise to the fans is work hard and push the players to believe in our idea and good process in the club about our work and I want to give this victory to our fans.

“Also I give the win to the club chairman because he has struggled to keep the club afloat during these tough times occasioned by Covid-19 and we need to give him and the fans this victory and also a trophy at the end.”

Gor Mahia will face Bidco, who eliminated Nairobi Stars while in the other semi-final clash, AFC Leopards, who beat Tusker in the quarters, will face Divison one side Equity Bank, who eliminated defending champions Bandari.